Examining the strategic choices of operators: At tefficient, we’ve been having our ears to the ground for some time picking up and summarising operator data on how 4G LTE adoption is developing globally. An absolute majority of operators who have launched 4G LTE still fail to report their 4G LTE customer number, their 4G LTE device penetration and their 4G LTE traffic level – but it’s on its way up. 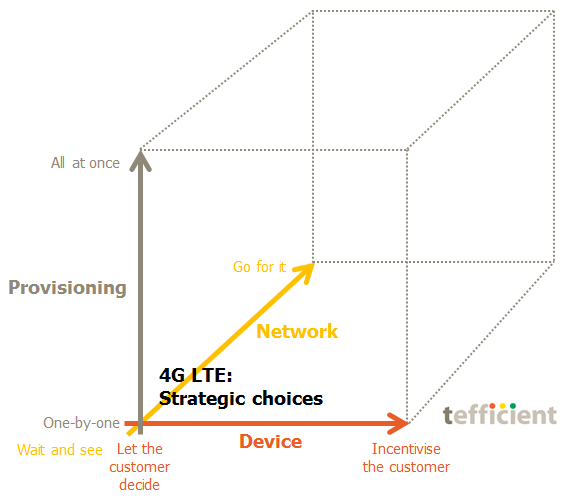 And for those that do report, the third quarter of 2013 represents a shift: No longer is 4G LTE a niche service for a few early adopters – instead it is mainstream. At least in parts of the world.

Three criteria need to be fulfilled to be able to count a user as a 4G LTE user. This analysis introduces the 4G LTE cube which visualises the strategic choices operators have when it comes to all three. So far, strategies differ very much – and they affect adoption strongly.