Outdoor population coverage has become the industry norm when operators communicate how far they are when it comes to 4G LTE network rollout.

In a previous post we compared the communicated population coverage in September 2014. These values are yellow in the graph below – click to enlarge. 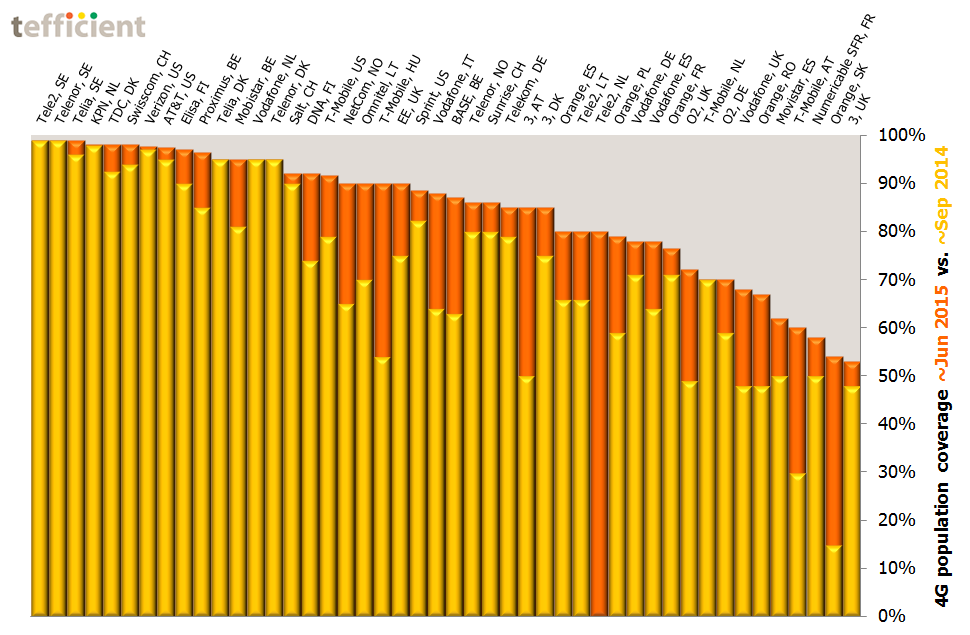 The orange bars represent the situation in June 2015 (or last operator-communicated figure).

The graph contains operators in Europe and USA. The top 10 list when it comes to operator-communicated population coverage is:

The operators who expanded their population coverage the most are the operators displaying the most orange in the graph. We tend to find them in the lower two-thirds of the graph.

We reiterate that all numbers are operator-communicated. The actual customer experience can be different, most often due to that most data usage happens indoors, not outdoors. In another post, we compared operator-communicated population coverage figures with those crowd-sourced by OpenSignal and found significant differences.

The last piece of the puzzle might actually be Wi-Fi: Several operators have or are about to launch native (=no app required) Wi-Fi Calling, also known as Voice over Wi-Fi, which allow customers to seamlessly use existing Wi-Fi also for calls when indoors in premises with insufficient coverage from outside. If launched in conjunction with VoLTE (and with the right handset), even handover is possible. 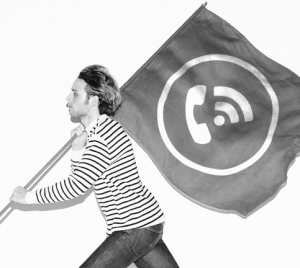 said that 7 million of their customers (about 13% of base) had used Wi-Fi Calling in the period from launch up to March 2015. Since customers pay the same as for a regular call, there’s no incentive beyond indoor coverage to use Wi-Fi Calling. Considering that it was launched just six months earlier and isn’t available on all legacy handsets, T-Mobile’s take-up figure indicates that there is a need for deeper coverage indoors.

Operators like EE, Sprint as well as 3 and SmarTone in Hong Kong have also launched native Wi-Fi Calling.