Vodafone, on its part, has demonstrated an appetite for cablecos: In 2013, it began acquiring Kabel Deutschland and in 2014 it acquired Ono in Spain.

In the case of Ziggo, it’s not a regular take-over, though, but a 50-50 joint venture. Ziggo’s fixed network assets have the potential to put an end to Vodafone’s not-so-successful journey from a mobile-only to an integrated operator in the Netherlands.

In the past three years, Vodafone’s reported fixed broadband base grew from 35k to 89k customers, some of which (unclear how many) are also TV customers to Vodafone. Even though growing, it’s still just about 1% of the fixed broadband connections in the Dutch market.

Whom to blame? In their law suit in December, Vodafone points out KPN. Vodafone says that KPN delayed the nationwide launch of Vodafone’s triple play service by three years when not delivering what Vodafone needed.

With Ziggo’s cable network, Vodafone has access to a network which passes about 97% of all Dutch households. And in most cases it’s a better network than KPN’s which still relies on copper to access 70% of the Dutch households. 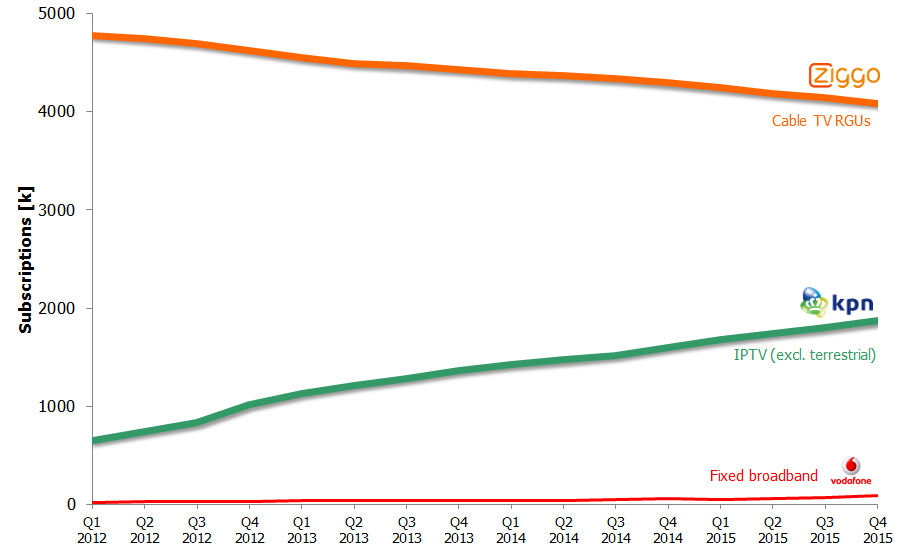 Ziggo was acquired by Liberty Global’s UPC in November 2014 – and took the Ziggo brand for the combined operation. But the customers continue to leave: About 40k to 60k customers leave every quarter. And the take-up for KPN’s IPTV shows where they go. 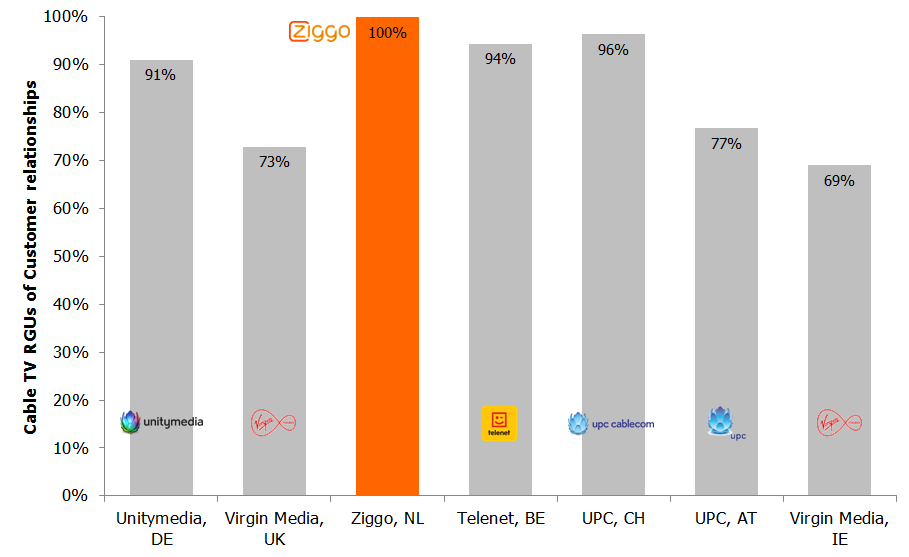 So when the general trend is that households question why they subscribe to traditional TV – to instead subscribe to one or several over-the-top streaming services – it affects not only Ziggo’s TV base but customers are indeed leaving them fully.

But in order to have that, you must also be ready to push broadband as a stand-alone service – unbundled from TV.

If the JV with Vodafone should be able to turn Ziggo’s curve around, this must be done asap – whatever investments and changes are required. A 50-50 JV might be sub-optimal in the perspective of making fast and forceful changes, though. Ziggo has in 2015 invested less than what UPC and the old Ziggo did in 2014 – and 43% of the total CAPEX has been used on set-top boxes – a higher share than before.

We think that Ziggo/Vodafone should invest in becoming a true fixed broadband powerhouse. If not done, there’s little Ziggo/Vodafone can do to grow base. 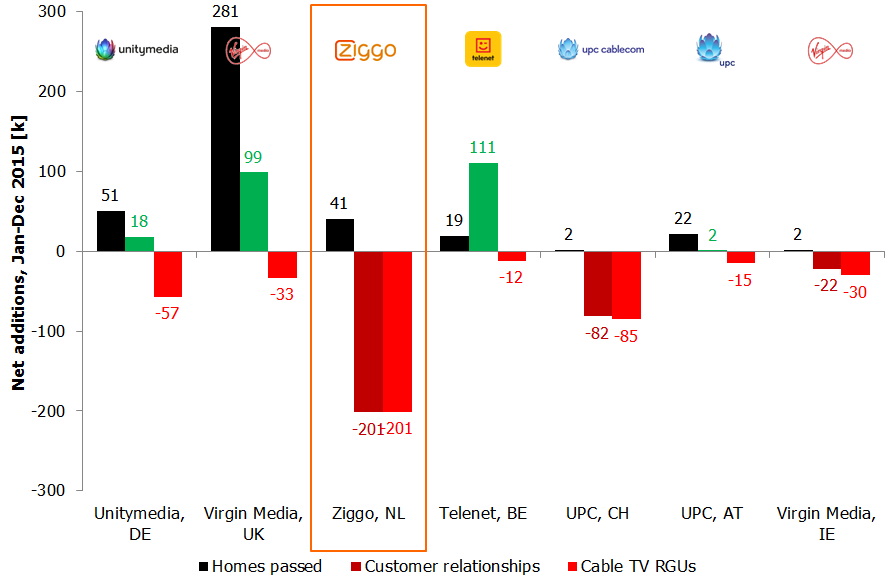 Ziggo expanded its network with 41k new households in 2015 – but it still lost 201k customers (and as many TV subscribers). Since Ziggo already covers 97% of Dutch households, the coverage expansion route of Virgin Media isn’t really an option for Ziggo – there are so few households left who aren’t covered already.

The merger between UPC and the old Ziggo worsened Ziggo’s customer satisfaction and accelerated churn. The integration work is still ongoing. Vodafone and Ziggo ought to get going to improve the situation, but until the JV is approved by the authorities, the companies can’t. The wait and the associated uncertainty will in the short run likely just favour KPN, the main competitor to both Vodafone and Ziggo.