Since T-Mobile’s plans for Data Stash were made public in December last year, we have looked forward to T-Mobile’s reporting of Q1 results – since we hoped to see the first indications of  if rollover data actually helps customer retention.

Q1 was a good churn quarter for the three US operators who have reported to date: Verizon, AT&T and T-Mobile. But as John Legere, CEO of T-Mobile, pointed out during the earnings call, T-Mobile’s improvement was more significant than that of the other two. In fact, T-Mobile has never reported lower postpaid churn. 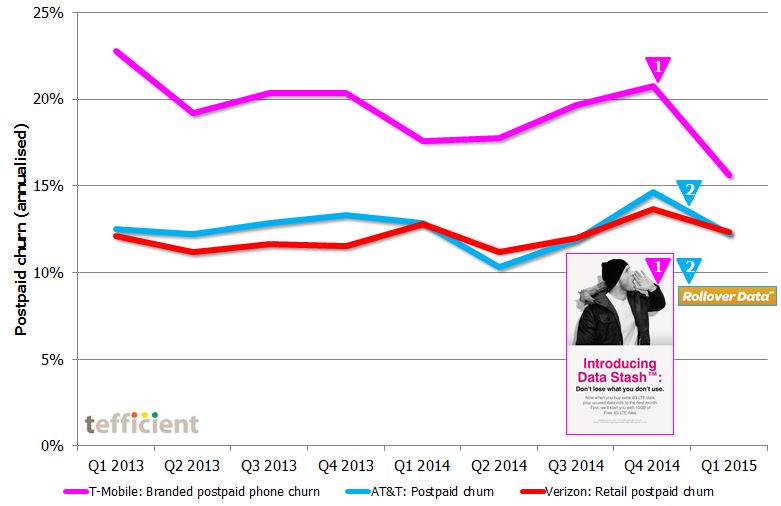 Quoting John Legere, T-Mobile is not only providing  reasons to come but now also reasons to stay. Data Stash is clearly a part of this. In a not to distant future, T-Mobile’s churn might well be at the same level as Verizon and AT&T – even though T-Mobile, unlike the other two, never lock customers in on bound contracts.

Uncarrier 10 is, by the way, coming “very soon” according to T-Mobile.