For operators, the biggest piece of news in Apple’s event yesterday isn’t the iPhone 6S or the iPad Pro. Instead it’s Apple’s introduction of its own iPhone Upgrade Program. 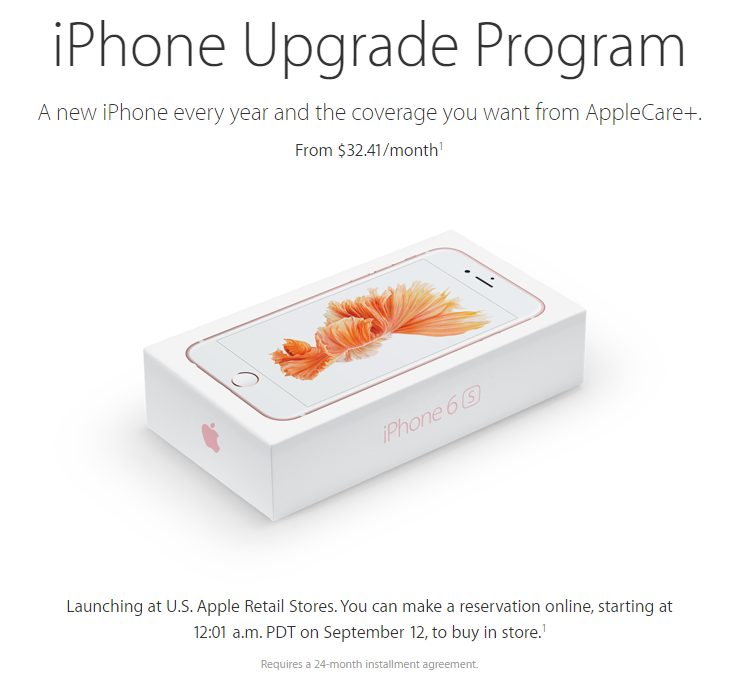 Operators like Sprint – with their iPhone Forever lease plan – and T-Mobile with their JUMP! On Demand lease plan are already offering the same – a new iPhone every year if you return the old one – for less than what Apple is about to offer.

Yet, Apple’s proposition will likely be successful. After all, it comes from Apple.

Another reason is that you can freely select the operator you like:

That option is obviously not available via Sprint or T-Mobile (or anybody else).

Apple is rumoured to have been unhappy with the fact that operators have left the two-year lock-in contracts with subsidised handsets to instead favour more flexible installment plans. The reason is of course that customers with installment plans are (supposed to) eventually pay the full retail price of their iPhones. Suddenly an iPhone is 650 USD, not 199.

With this initiative, Apple shows what we’ve long suspected; their interest in operators is limited to them functioning as Apple’s sales channel.

More importantly, Apple will now have full control of the returned, used, iPhones and can decide what to do with them. It’s unlikely that those returned iPhones will ever be circulated again – to make sure they don’t cannibalise new sales.

Apple’s iPhone Upgrade Program starts 12 September in the US and in 11 other markets. Let’s assume it will be a success and spread further.

For operators, this means the future lies in non-binding SIM-only plans. And that operators need to fill their retention toolbox with new, sharper, tools to keep customers – now that lock-in won’t always be an option. Those who know how will prosper.

We call this Nonstop Retention® and will come back to it in the coming days.