One year elapsed since the previous Wi-Fi conference in Europe and carriers’ deployment of Wi-Fi has never been faster.

The graph is fetched from our presentation in the Wi-Fi NOW conference in Amsterdam yesterday and shows the number of hotspots in green and homespots in amber for 45 reporting carriers globally (click to enlarge): 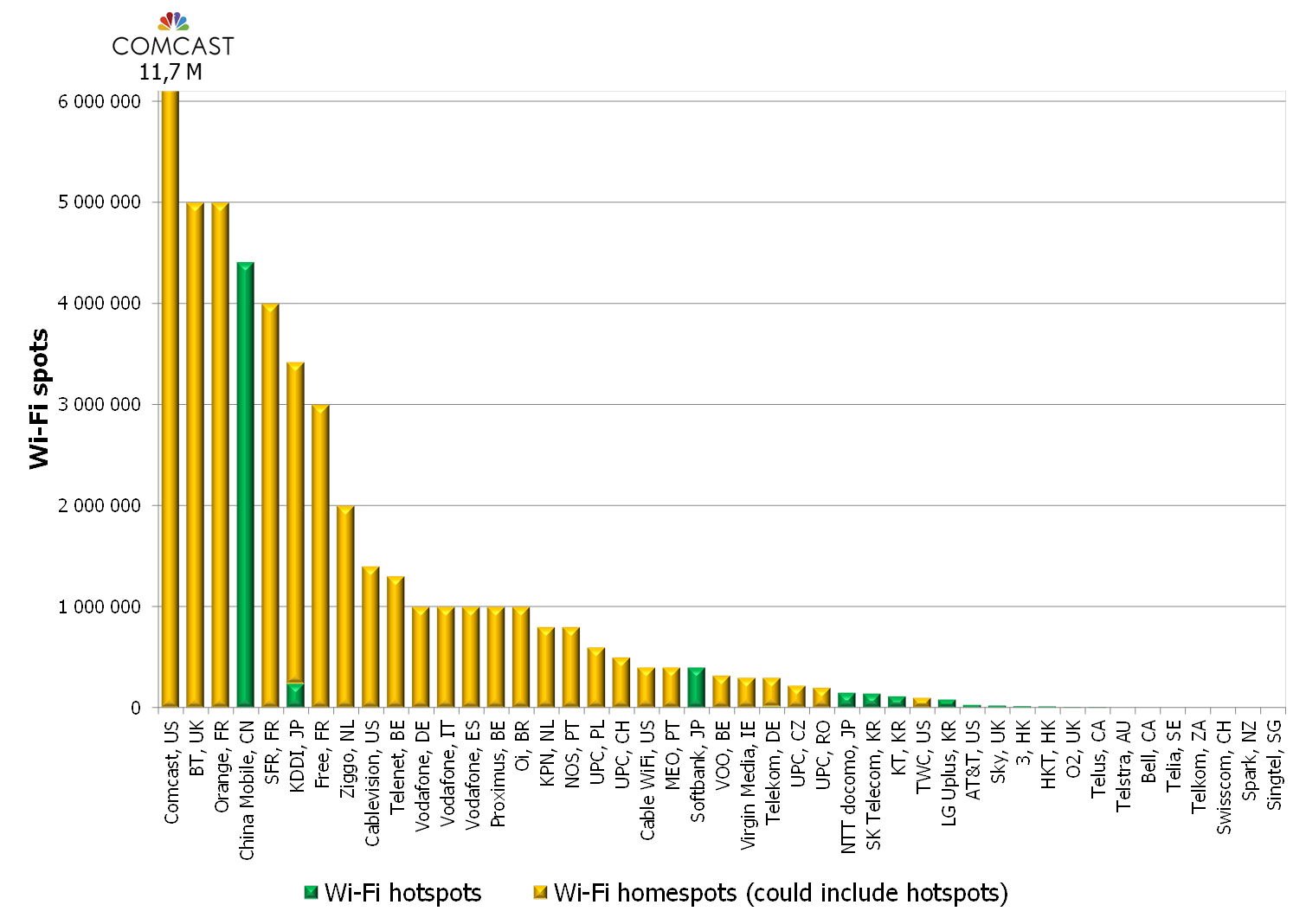 Comcast, the largest cableco in the US, has in 2015 overtaken BT as the carrier with the highest number of hot/homespots globally. With 11,7 million spots by the end of September, second placed BT‘s “larger than” 5 million figure is suddenly looking small. To put things in proportion, though, Comcast has 27 million customer relationships whereas BT just has 7,9 million fixed broadband retail customers. But BT’s higher utilisation ratio also means that Comcast’s figure could be expected to grow further.

The largest hotspot-only deployment is that of China Mobile (#4) who already last year passed 4 million. Also Softbank in Japan has a large Wi-Fi hotspot network with more than 400000 hotspots.

Dutch cableco Ziggo (#8) is likely having one of the densest Wi-Fi network globally with more than 2 million hot- and homespots. Ziggo participated in Wi-Fi NOW and provided the audience with great insights into their Wi-Fi rollout philosophy.

Another Wi-Fi-dense Liberty Global held cableco, Telenet (#10), was presenting at Wi-Fi NOW, sharing some of the challenges Telenet has had in optimising the customer experience of 1,3 million Wi-Fi homespots and 2000 hotspots in the Flemish regions of Belgium. As Stijn Eulaerts from Telenet put it:

“When people have tasted 4G, bad Wi-Fi is no longer an option”

Also KPN‘s (#16) presentation underlined the importance of Wi-Fi hotspots as a complement to homespots. KPN, with around 850000 homespots – targeted to reach 1 million by end of year – is in addition providing the Netherlands with 4250 hotspot locations containing more than 25000 access points.

In the top-45 graph, it’s also worth highlighting that Vodafone rapidly is expanding the number of homespots in some its key markets now that Vodafone went for a converged agenda: Germany (#11), Italy (#12) and Spain (#13) all have about 1 million homespots each.

The carriers to the right in the graph are reporting much lower number of Wi-Fi spots, but here we are solely in the hotspot, not the homespot, domain.

Apart from sharing Wi-Fi deployment numbers and traffic stats, our presentation also featured a number of best practices on monetisation of Wi-Fi – or, at least, creation of value. 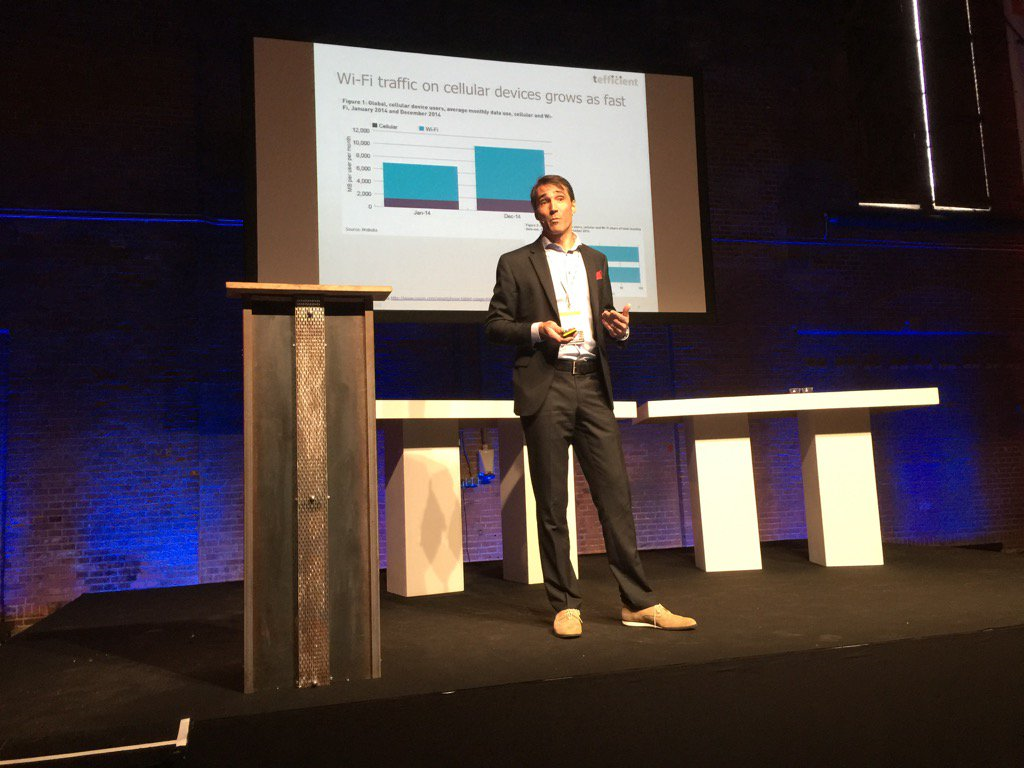 In addition, there’s another fact that carriers need to face: A minority of data-consuming devices have cellular connectivity.

If carriers want to continue to be relevant for its customers, they need to take control over the full customer experience. It can mean building an owned Wi-Fi network, but also to partner with someone who can offer a service level agreement.

Once a carrier has that control, then the time is right to monetise Wi-Fi following some of the shared best practice examples.

*) Thanks Ted for the quote and the inspiration!