“Households are at the center of our strategy”

And it’s not so difficult to understand why.

In contrast to e.g. Movistar Spain and Orange France, KPN has been able to leverage their growth in the convergent customer base to grow the total fixed broadband base (blue) and the total mobile SIM base (green). [Even though KPN’s high SAC/SRC, bundling value adds and discounts – and an ill-performing Ziggo have contributed]. 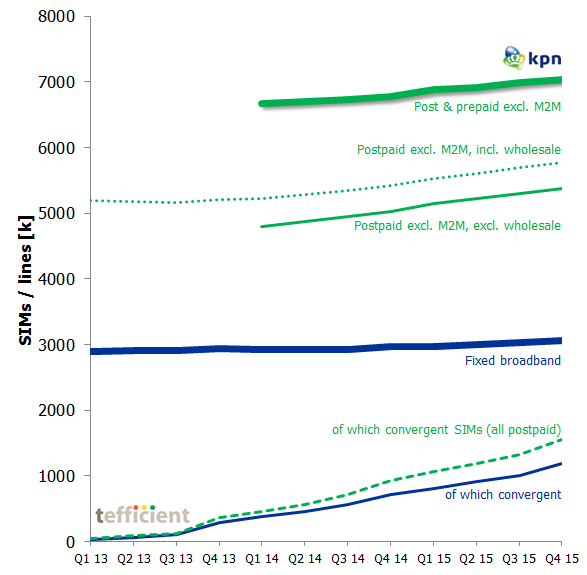 It’s therefore logical that KPN thinks that the key to the future is to focus even more on the Dutch households. 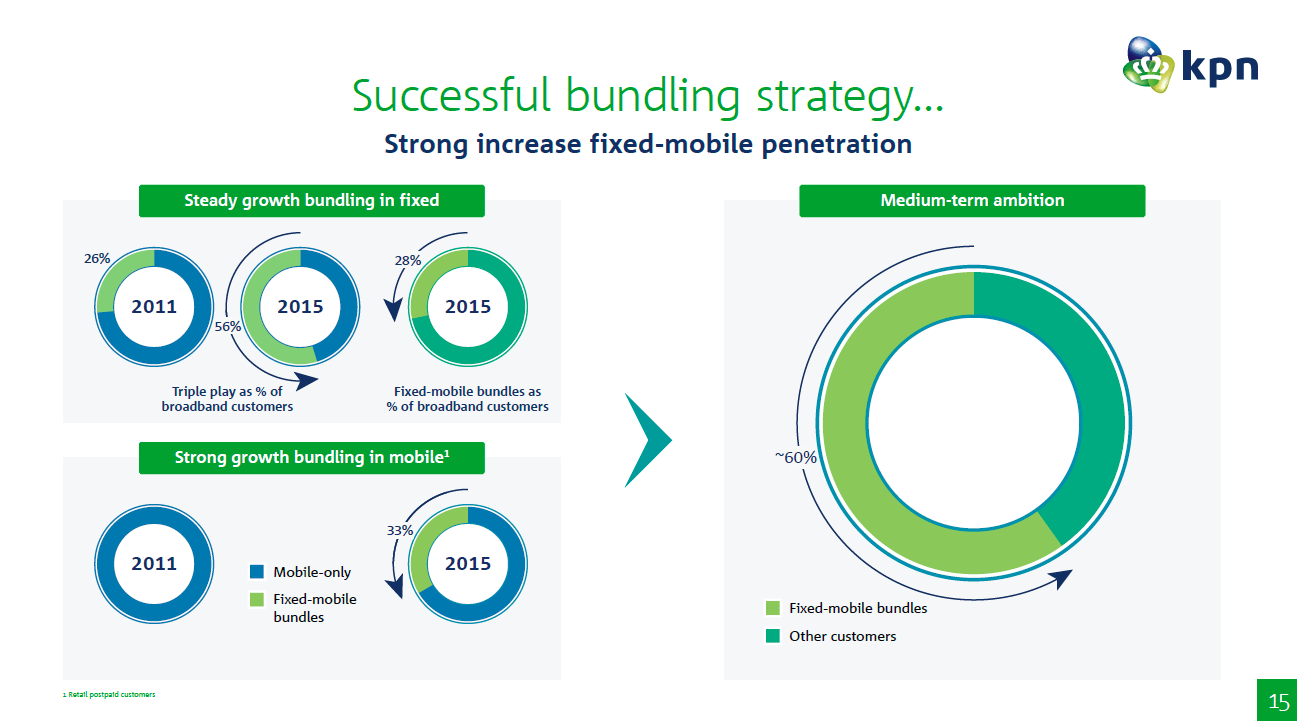 The picture above – from the Capital Market Day – shows that KPN’s ambition is to grow the share of fixed broadband household customers that have fixed-mobile bundles from 28% to 60% in the medium term.

This should happen through more of bundling, more of upsell and more of cross-sell – focused on the mother brand, KPN. It will mean less of single-play, less of prepaid and less of sales in sub-brands.

es orientation, KPN will thus address the family breadwinner with an offer that supposedly fulfills the needs of all individuals living in the same apartment or house.

Whereas it doesn’t feel very modern – nor aligned with the individualistic streaming habits of millennials – a 60% penetration isn’t unrealistic: Fuelled by discounts, Movistar Spain has reached 70% (incl. B2B) – but the question is if KPN is dedicating itself to a saturating market?

If we again compare with Orange France and Movistar Spain – two large incumbents with longer history in quad-play than KPN – there’s some reason for KPN to be worried about its new monolithic B2C strategy. 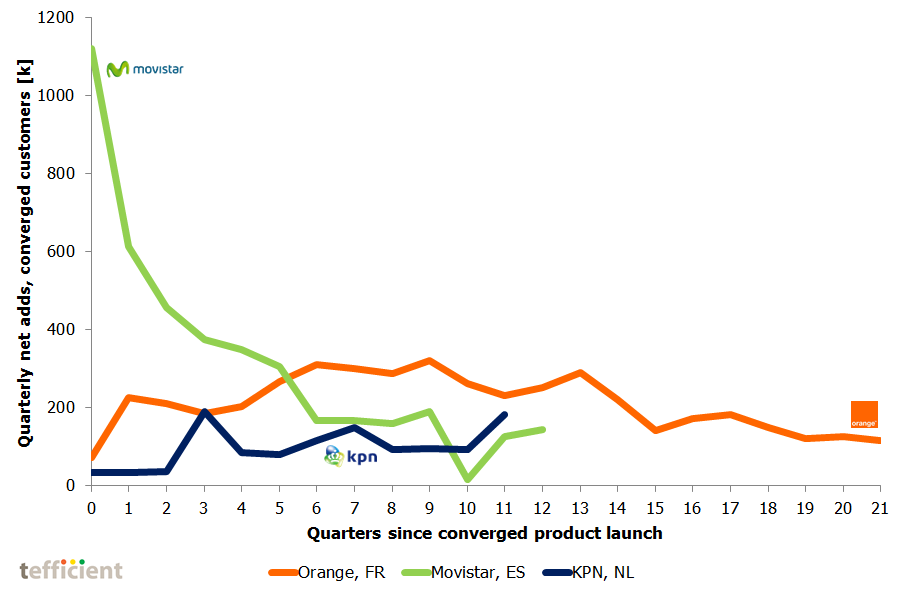 The graph above shows the quarterly net adds in converged customers plotted against the number of quarters since the launch of the converged product – Orange Open, Movistar Fusión and KPN Compleet/ÉÉN.

Movistar‘s Fusión (green) had a fantastic intake the first quarters after launch. But after six quarters, the net intake dropped to below 200k customers per quarter. And, more importantly, the growth in Fusión didn’t really affect the total fixed broadband base, nor the mobile postpaid base. Movistar customers simply migrated to Fusión, likely incentivised by the discounts. In the same period, Orange, one of Movistar’s competitors in Spain, fared much better, being able to expand both mobile and fixed broadband base.

Orange France (orange) has had a more steady intake of converged customers, but the net intake peaked after nine quarters. Orange has, however, been more successful than Movistar in turning this growth into total base growth.

Past performance does not necessarily predict future results

Movistar is the best example of an operator that dedicated itself to the household market. Before finally readdressing mobile-only in the end of 2014, Movistar lost 3 million SIMs (of which 1.2 million postpaid) during the two years following the launch of Fusión. Most of these are now with Orange – or came to Orange via the Jazztel acquisition. 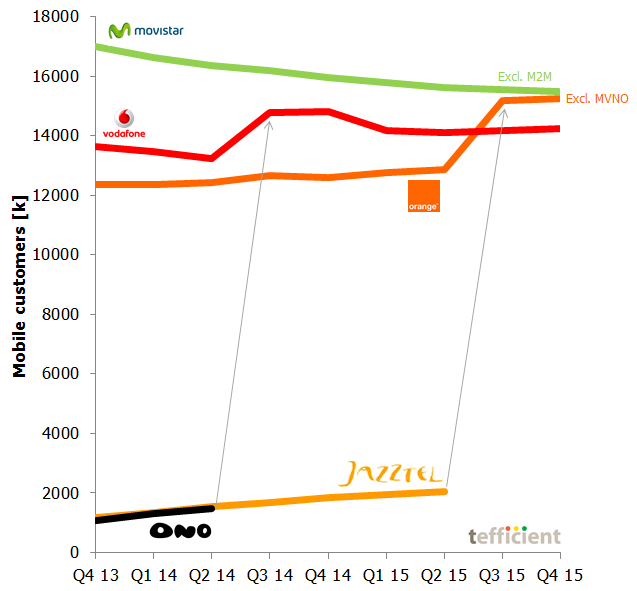