Few people think through their New Year resolutions in advance. That’s perhaps the reason to why they typically don’t last longer than the first week of February.

Making industry predictions for an upcoming year is of course something totally different. It’s hard work and no champagne. Fine analysts use twelve months to gather and refine the best ideas and to substantiate these with tons of data points – just to give it all for free to the world. It’s charity at its best.

We chip in, of course.

Our predictions of what will happen in 2019: 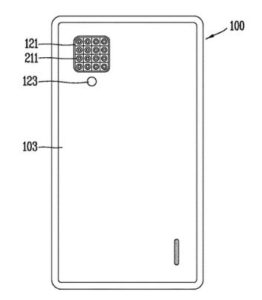 The 5G industry hype has been massive this year and 2019 is when operators have to start delivering. Investors and analysts want to see reported figures showing customer take-up, data usage growth and, most importantly, service revenue growth.

Since connected factories, remote healthcare and network slicing – well pretty much the whole B2B piece of 5G – is more aligned with the original (2020 onward) 5G timeline, operators will have to address the consumer market in 2019 to show 5G take-up.

Fixed wireless access propositions to households will actually sell well (just like it already does among 4G operators who have the guts to sell it with unlimited allowances) but it’s a proposition that isn’t tactical for all operators with heavy investments in fixed broadband access. And investor and analysts will regard it as a niche service for yet some time until they know better.

So in order to deliver take-up and growth in 2019, operators need their consumer customers to buy new smartphones. With 5G.

They will be available. It’s just that the operators have used the last years to prolong the replacement cycle of smartphones. Abandoning handset subsidisation has been great for operators’ business margin. We end-users have never held onto our devices as long as what we currently do. The smartphone manufacturers, led by Apple, have enforced this behaviour by making new smartphone models ridiculously expensive. And now operators say: Forget how we and you acted in the past few years, replace your smartphone now! And you should buy a device from LG, Samsung or OnePlus, not from Apple (because they won’t do any 5G phones in this decade).

It’s a hard sell. And this is where operators will throw their non-subsidy strategy overboard. They will subsidise the first few 5G smartphones to levels not seen since 2013.

High odds: The documentary ‘Peak Apple: How the company failed to predict what 5G would bring’ becomes the most watched Netflix series.

Prediction 2: Broadband gets an energy sticker

Data usage increases and so does the energy consumption. The telecom industry makes kWh per GB the KPI to watch. 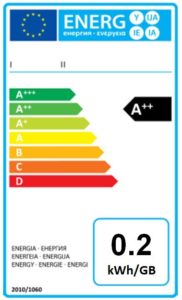 All data usage, mobile and fixed, consumes energy. With broadband traffic doubling every second year, the telecom industry risks being regarded as a major contributor to a spiralling energy consumption, pollution and global warning. Here’s an excellent article for those of you than can read Danish – it concludes that the internet is as polluting as aviation, using 10% of the world’s electricity consumption and emitting 2% of man-made CO2. New technologies such as 5G and gigabit fibre require networks to be built with yet finer mesh, multiplying energy consumption.

As the typical operator already uses about 10% of its Networks OPEX on energy, it’s also in the industry’s interest to reduce its energy footprint.

Progressive operators will in 2019 push for an energy labelling of broadband services – both fixed and mobile. High data consumption might be unhealthy – see Prediction 3 – but a share of consumers will manifest that their consumption is at least energy efficient by attaching the energy label sticker to their smartphone cover. Operators with high energy consumption per GB will start to experience higher churn and it’s only a matter of time until we see the first carbon neutral broadband proposition.

High odds: Operator executives will – similar to Royal Dutch Shell – be paid according to the carbon footprint and the kWh per GB.

Operators realise that a healthy data consumption is best for their business, offer digital balancing tools for customer loyalty

Is there a health hazard associated with too high data usage? Various reports have for a longer time suggested that social media makes us unhappy, but does it extend to any data usage?

To answer the question, let’s go to Finland, the country of truly unlimited mobile data subscriptions and with the world’s highest mobile data usage. If anyone should have a data health issue, it should be the Finns.

Interestingly enough, there is much more debate on this topic in Finland than elsewhere. A selection:

As an example, Telia Finland has incorporated digital usage management tools – for the individual but also for the family – in its new all-digital (see Prediction 4) proposition, Telia Dot. Better be proactive than risking that customers see no other way out than a full digital detox.

In the future end-users are perhaps loyal to the operator that helps them to balance their digital consumption – and helps them to have a qualitative discussion about it with their partner and their family?

High odds: Operators don’t do enough and it becomes trendy not to use data. Usage is, for the first time ever, declining in 2019.

Prediction 4: The all-digital product is so profitable that you need one

It’s not for all, but for many – and it’s a sweet spot for margin

The mobile customer of 2019 doesn’t need an operator store or an operator call centre. She doesn’t need an invoice either. She joins you from her smartphone, she navigates herself to the answers to the few questions she might have and serves herself when purchasing the additional services she might want at a later point in time. She auto-pays electronically with the payment method that happens to be the easiest for her and where she already pays for her other digital services.

If a mobile operator would only have customers like this, the EBITDA margin wouldn’t be 30% but 70%.

The number of such all-digital mobile propositions are growing – often championed by operator sub-brands. The same brands that tend to win all customer satisfaction surveys. But in 2019, the all-digital propositions enter the main brands.

An example of such an all-digital proposition is the just-mentioned Telia Dot from Telia Finland. We wrote about Dot here. There are other examples like e.g. Vodafone Bit in Spain.

And while you might still send SIM cards via snail mail, you don’t have to. The all-digital propositions are fit for an eSIM future.

High odds: BT decides to close all of its 600 shops in the UK and from now on only sell online. As the company no longer reports customer base, only money matters.

Prediction 5: Latency is the new speed

But coverage is still coverage 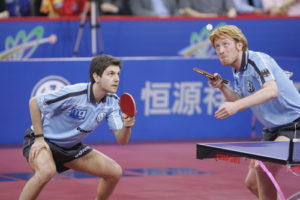 Our industry has taught end-user that speed matters. Fixed broadband operators charge for it. Some mobile operators have speed tiers even though the capacity is shared.

Every gamer knows that latency kills you. Well, not you but your avatar. Ericsson’s ConsumerLab has even done neurological measurements capturing just how stressful latency-caused lag is to the brain. But even for the non-gamer, latency is an issue as the apps and web pages are becoming more and more interactive and dependent on constant communication and updates.

So the step-change in experience when you replace DSL with fibre isn’t perhaps so much about the increased speed from 20 Mbit/s to 100 Mbit/s. The improvement might well rather originate from a reduction in latency from 45 ms to 10 ms.

With similar logic it’s perhaps the improvement in latency – from 40 ms in 4G to 10 ms latency in 5G – which will improve the customer experience of 5G? 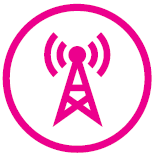 But there’s one thing that trumps both latency and speed and that’s coverage. Without it, there’s zero speed and infinite latency. Operators will in 2019 spend more to increase their basic fibre coverage and basic mobile coverage than what they did in 2018. 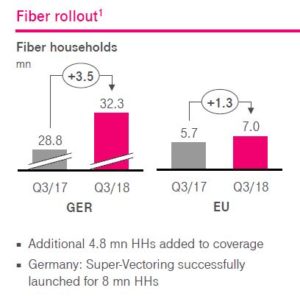 Mobile operators like Orange in Belgium and Verizon in the US (there are also others) continue to sell ‘unlimited’ subscriptions even though they are speed throttled after 20 GB (Orange) or risk being deprioritised from the first megabyte (Verizon GoUnlimited).

The competition regulator ACCC forced the Australian operators to stop using the word ‘unlimited’ on mobile plans that, in fact, were throttled to 1.5 Mbit/s after a certain bucket was consumed.

In the UK, CityFibre has taken the Advertising Standards Authority (ASA) to the UK High Court for not having prevented fixed broadband providers to attach the word ‘fibre’ on products that aren’t full fibre.

Inspired by this, regulators around the world (with the exception of the USA and North Korea) will in 2019 unite and agree on a global ban of the use of notions like unlimited* and fibre*. Operators can still use the words without an asterisk or footnote, but only if they actually mean unlimited as in ‘there is no limitation whatsoever’ and fibre as in ‘a fixed broadband connection that terminates a fibre interface’.

High odds: Verizon rebrands as Veritas and renames its unlimited plans gounlimited, beyondunlimited and aboveunlimited to:

Buy something that lasts if you absolutely have to

BT has reorganised under new management, but it started to churn away from its previous football-for-free (later sports-for-free) strategy already under the previous leadership.

We admit that this isn’t our best looking graph, but we wanted to show the whole history and the effect the initially free BT Sport proposition had on fixed broadband net adds and TV net adds: 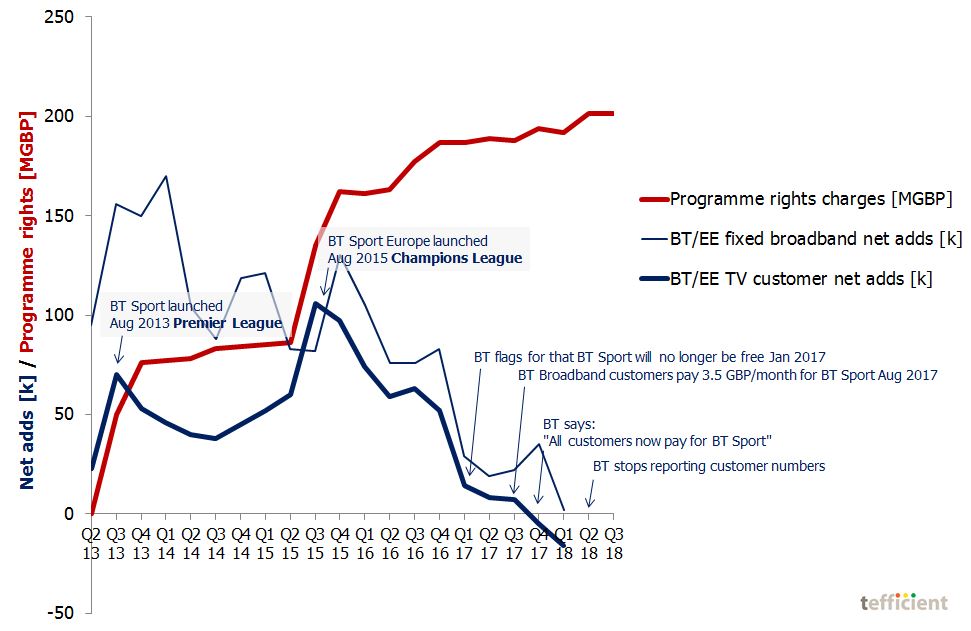 It’s never a good sign when an operator stops reporting customer numbers like BT did in Q2 2018, but the net add trend might indicate why it happened. It’s also interesting to see how the net adds dropped when BT said that it would start to charge everybody for BT Sport (in January 2017).

The red curve shows that the cost for programme rights continued to grow even after net adds went below the zero line.

The development in the Spanish market in 2018 could suggest that football content has fantastic appeal: Vodafone (in red) decided that football wasn’t worth the cost and lost tons of customers – both mobile and fixed – whereas Movistar (in green) won many customers thanks to (according to themselves) football. 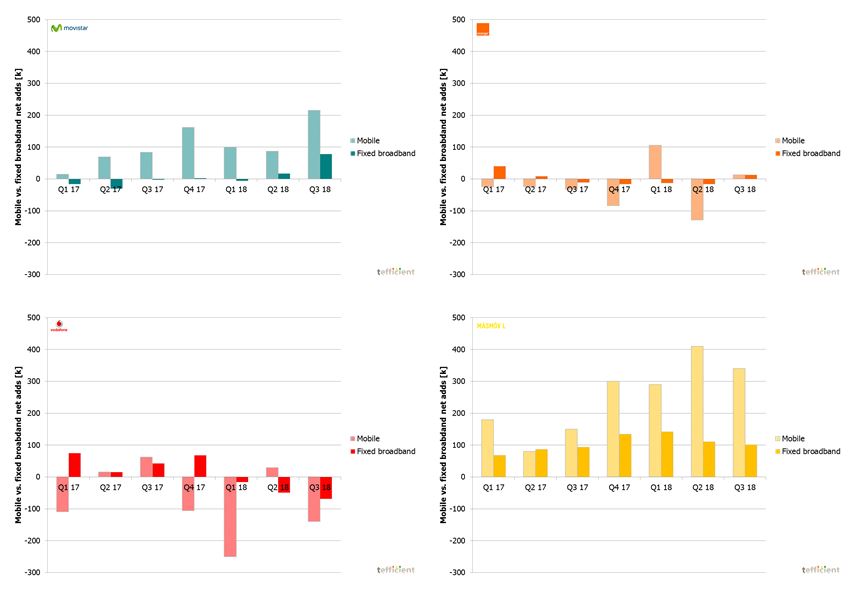 Before we all go out to raise our bids for for football rights: Look at Másmóvil (in yellow). That company grows much faster than anybody else – both in mobile and fixed. It’s just that Másmóvil doesn’t do football.

The problem with sports content is that it’s massively expensive but has no value once the game is over. Unless you spend and spend and spend, your differentiation is lost. Having put that money to work for you as CAPEX would have given you a return that lasted for years. (In contrast to BT, Movistar has done that; they have made one of the most impressive fibre rollouts in Europe during the past few years.)

Some telcos are looking at AT&T with envy. After much trouble, AT&T was allowed to acquire Time Warner for 85 billion USD. That’s a lot of money of course and AT&T is now heavily indebted. But it’s important to have in mind how profitable Time Warner actually is. It’s no drag for AT&T. And the value of Time Warner (now Warner Media) won’t depreciate like the value of sports games already played is.

Wild card: The European football organisation UEFA decides to cut the footballers’ salaries by 80%. With the pockets full of cash, UEFA and the European football leagues decide to buy a telecom operator ‘to be able to offer an integrated entertainment product’.

Enough for this year. Did we forget something? Ping us on Twitter @tefficient

A successful 2019 to you all! This will be an exciting year.