Also the 2017 version of Nexterday North was a true ‘anti-seminar’ with futuristic and insightful speakers in a great, sometimes quirky, mix. May Comptel‘s spirit thrive also now that it is a part of Nokia.

This year, tefficient held a keynote presentation focused on bundles and the effect on churn. 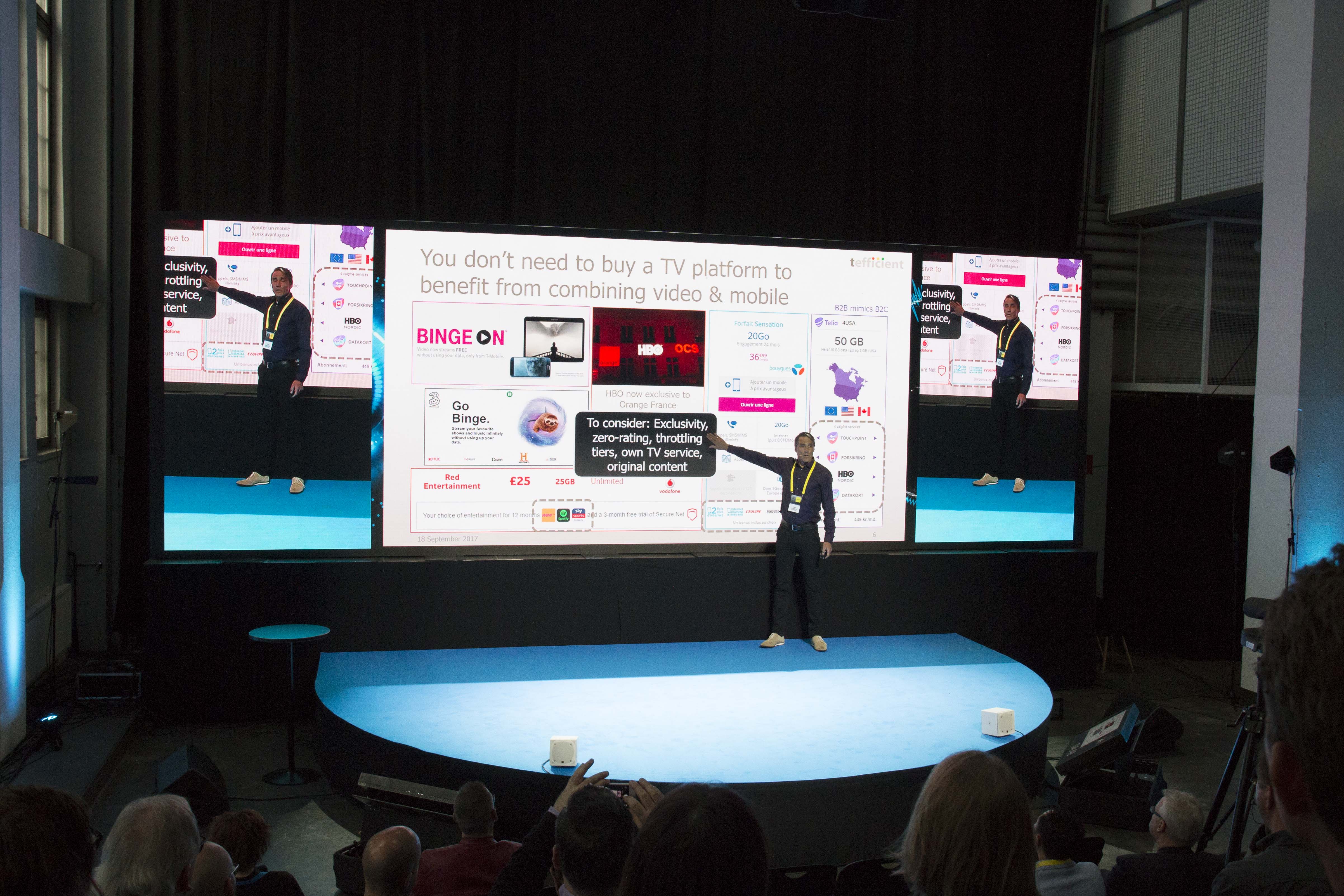 Fredrik Jungermann showed how operators like Proximus and KPN through fixed-mobile convergent bundles have lowered churn. But should it be attributed to binding contracts rather than the bundling as such? As the presentation showed, the historical churn benefit of fixed-mobile convergence isn’t there any longer for ‘veteran’ quad-players like Telefónica in Spain.

Exemplified by AT&T, T-Mobile, Telia and a bunch of others, the favoured loyalty booster of 2017 seems to be the video-mobile convergent bundle – most often in combo with unlimited or at least ‘carefree’ mobile data.

Stats show that when mobile data usage goes up, churn goes down. It’s even so that customers on unlimited plans perceive your network to have improved [yes, read that again]. And with lower churn comes better margins.

Is video-mobile convergence then the ultimate loyalty booster?

It is the new kid on the [loyalty] block and the results are quite promising. If not before, let’s meet up on Nexterday North next year to conclude.

Here’s Comptel’s own summary of the first day:

How Telcos Are Innovating Service and Operations