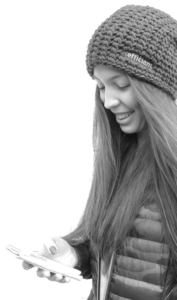 The data usage top list is dominated by operators that offer unlimited: The world leader had an average usage per SIM of 9.9 GB per month.

High penetration of data-only SIMs explains high data usage to a greater extent than 4G LTE. But it’s the effective revenue per Gbyte that matters most: In Finland, average usage was 13x that of the Netherlands – where operators effectively charged 14x more for a gigabyte than in Finland. Other expensive mobile data countries are Canada, Belgium, Germany and Czech Republic.

The original analysis of 19 December 2016 was updated 5 January 2017 to include 1H 2016 statistics for Estonia, figures for the Malaysian operators Maxis and Celcom – as well as for the Axiata held operations in Sri Lanka (Dialog), Bangladesh (Robi) and Nepal (Ncell). A new graph, showing data usage vs. ARPU (Figure 10), was added. An assumption for SK Telecom was changed making MegaFon the new number 3 operator in Figure 11.