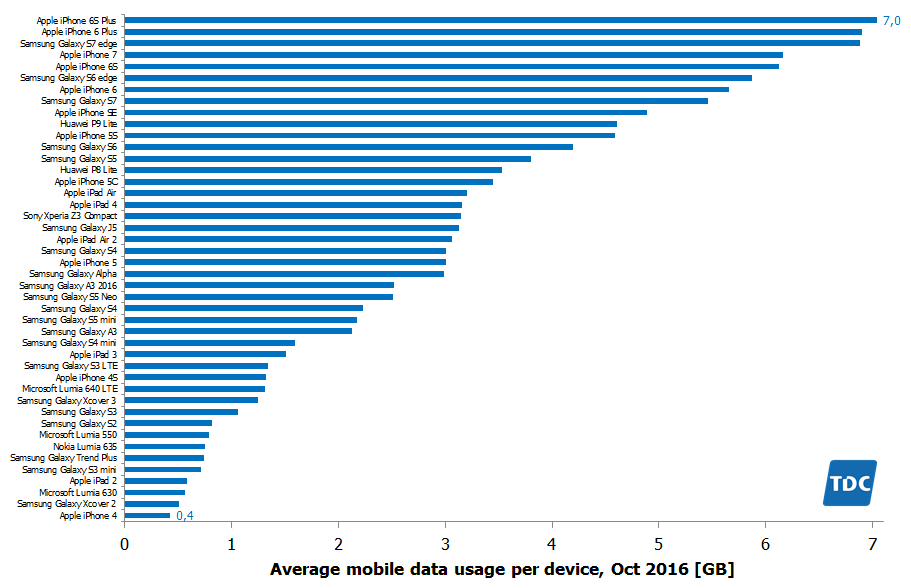 END_OF_DOCUMENT_TOKEN_TO_BE_REPLACED

4G coverage is great as well – but 4G speeds are slowing

OpenSignal just issued its first State of Mobile Networks report covering the four Nordic countries Sweden, Denmark, Finland and Norway. Based on 34 million crowdsourced tests taken in Q1 2016, OpenSignal shows which country (and which operator in it) that has the best:

And it is a race of high standards and tight results. END_OF_DOCUMENT_TOKEN_TO_BE_REPLACED

END_OF_DOCUMENT_TOKEN_TO_BE_REPLACED

Having one or several sub-brands has become the norm of a modern telco. In some cases, e.g. with KPN’s Telfort and TDC’s Telmore, sub-brands have been added as a result of acquisitions (often of a successful disruptive brand). In other cases, e.g. Orange’s Sosh or 3 Denmark’s Oister, telecos have themselves created the sub-brand – often with the intention to isolate the main brand from a new price fighter brand. END_OF_DOCUMENT_TOKEN_TO_BE_REPLACED

Not counting social media activity – LinkedIn and Twitter – tefficient had 40 000 unique visitors at tefficient.com and nonstopretention.com in the last twelve months.

Here’s what you read the most (click to enlarge): END_OF_DOCUMENT_TOKEN_TO_BE_REPLACED

The mobile network performance crowdsourcer OpenSignal published its latest State of LTE report today. This time it’s based on data samples from 357924 mobile users who have OpenSignal’s app on their Android devices. The network performance data isn’t just gathered when users actively do a measurement; it’s collected all the time and the number of samples are therefore hundreds of millions. The stats thus better represent the normal behavioural patterns of users when it comes to time and location. The data is collected during the fourth quarter of 2015. END_OF_DOCUMENT_TOKEN_TO_BE_REPLACED

So what has happened since – it has now been 5 months or so since the news about the failed merger? So you know what to expect in e.g. the UK and in Italy if the mobile mergers won’t be approved there. END_OF_DOCUMENT_TOKEN_TO_BE_REPLACED

The shock waves reverberate in the European telecoms industry ever since Telenor and TeliaSonera in September deemed it pointless to continue negotiations with the European Commission to win support for a mobile merger between Telenor and Telia in Denmark. END_OF_DOCUMENT_TOKEN_TO_BE_REPLACED

OpenSignal released its crowdsourced 4G speed and coverage stats for Q3 2015 today. The data was anonymously collected from a total of 325221 iOS and Android smartphone users globally during June to August.

But before looking into OpenSignal’s new stats, let’s summarise what the Nordic operators have stated with regards to their 4G outdoor population coverage: END_OF_DOCUMENT_TOKEN_TO_BE_REPLACED